It is the location of the 7th and 8th CBS Survivor series that aired Fall 2003 and Winter 2004. This is the only place in the world where two CBS Survivor series have been filmed. That should tell you something about just how special Panama’s Pearl Islands are. 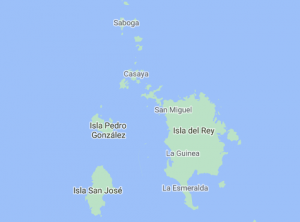 First settled by the Spanish in the 16th century, thousands of pearls were found here including the 31 carat, 400 year old Pelegrina pearl owned by Elizabeth Taylor today. Previous owners included the Queen of Spain, a French Emperor and an English Queen.

Hacienda del Mar is one of Panama’s most outstanding destinations and has been featured in both Travel and Leisure and Conde Nast magazines. Located on an exclusive private island, Isla San Jose, the largest privately owned island on the Pacific Coast of the Americas with 50 private, white sand beaches with pristine waters.

The setting and island scenery are some of the best anywhere, and care is taken to do everything right for guests. Sportfishing, diving and snorkeling, and all-terrain vehicle tours and rainforest hikes are some activities.

Contadora, the most well-known island in the archipelago, has an all-inclusive resort, the Contadora Resort,and several smaller beach hotels. It is also home to the rich and famous.

Wealthy Panamanians and others including designer Oscar de la Renta have fabulous homes here and it is the place the Shah of Iran chose to live in exile after his overthrow in 1979.