Why Panama’s Future May be in its Old Quarter 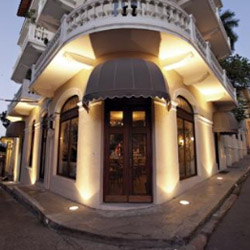 All of the world’s great cities have vibrant cultural districts. This is a concept that Panama, for all of its global aspirations, has perhaps not yet fully grasped. But the emergence of these districts is rarely by design; to the contrary, even the best central planning rarely yields a better result than the organic clustering of passionate, creative people in an attractive-but-under-appreciated nook of a metropolis.

The potential impact of a vibrant cultural district on Panama’s development is hard to overstate. If that’s not obvious to you from your travels then just pick up one of the dozens of studies that have analyzed the economic impact of culture: “Proximity to an opera house can increase regional growth by as much as 2 percentage points” reads a typical study (this one by the Institute for Economic Research in Munich). The moral of all these stories is that, in a service economy like Panama, knowledge workers are the coin of the realm, and it’s darn near impossible to attract them without culture these days. 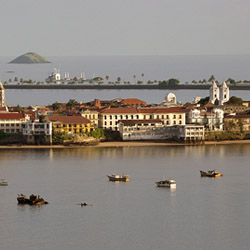 Thankfully for Panama, it’s starting to happen here. A young class of creative locals combined with the growing affluence of Panamanian society, the rapid influx of people from around the world and a gorgeous UNESCO World Heritage Site are laying the foundations of what could eventually be one of the world’s great cultural districts.

Casco Viejo, located on a peninsula located just out from Panama City into the Pacific Ocean, is ground zero for Panama’s creative class. It’s still rough around the edges (think SoHo in 1975 or Miami Beach in 1985), but as anyone who had the privilege of being part of the revitalization of those two areas will tell you, those were the best times to be there. The place feels like what it is–an authentic Latin American old quarter in transition. The artistic energy is palpable–you can hardly walk a block without seeing an impromptu installation, but it’s devoid of any pretense because it is grounded by the reality that it is one of the city’s poorest neighborhoods. (Poverty not to be confused with danger–as the residents will tell you and National Police statistics bear out–Casco Viejo as one of the city’s safest neighborhoods). 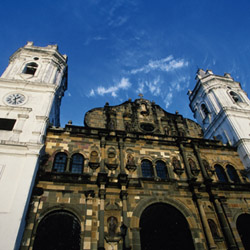 of Panama’s economic potential focus on the geographical advantages as they relate to commerce, the picture of its future is not really complete without understanding how that very same geography impacts its culture. The mixing of races, religions and nationalities that is Panama’s ethnic hallmark has accelerated to a level not seen since the construction of the Canal at the turn-of-the-century, and it is having the effect of creating a cosmopolitan energy normally only found in cities many times the size of Panama. That energy is attracting knowledge workers from around the world, the fruits of whose labors will pay dividends to Panama for many generations.
——-

K.C. Hardin is co-founder of Conservatorio S.A., a company dedicated to the revitalization of Casco Antiguo. Conservatorio builds hotels, residential, commercial and affordable housing in the historic district. For information on purchasing or renting property in Casco Viejo, please visit Arco Properties’ website .